{ I was born in Besançon, France, in 1971. After fine arts studies and various eclectic experiences in the artistic practice (fanzines comics, short animated films, photography, graphic design), I become a freelance illustrator in 1997. I illustrate for magazines, advertising and audiovisual, with an affinity for the world of press. My pencil stroke gives off a great freedom of movement, harmonizing lightness and unforeseen. Music holds an important role in the making and the shape of my images. These two universes ideally intersect in my three Comics: Dizzy Gillespie (2003, ed. Nocturne), Marilyn Monroe (2004, ed. Nocturne), Vivaldi (2010, ed. BDMusic).

My work as a painter began in 2008 in Portugal. My themes are mainly derived from it: dried fish, cork oaks, portraits… I exhibit in France, Portugal, Spain and Italy. I also participate in the organization of artistic events. During Jazz festivals, I perform live painting performances during the concerts. } 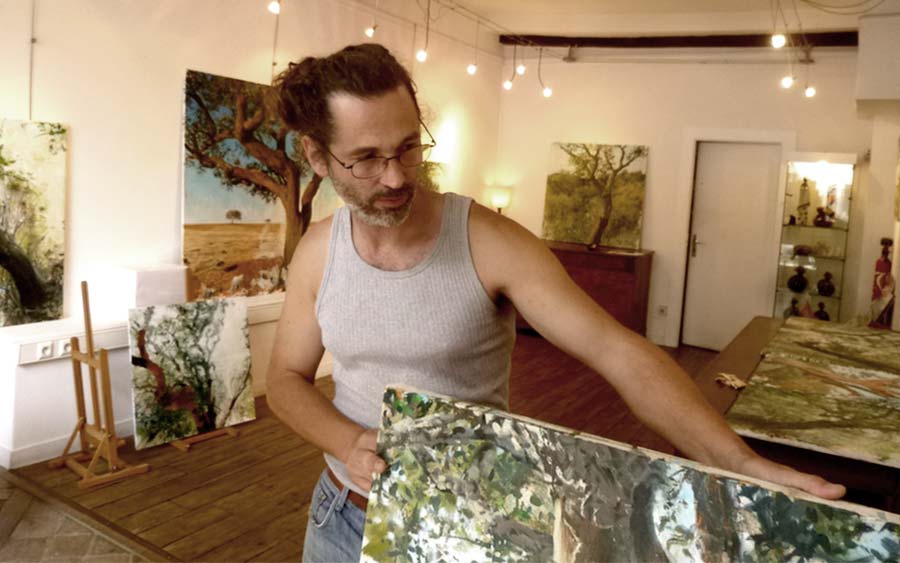 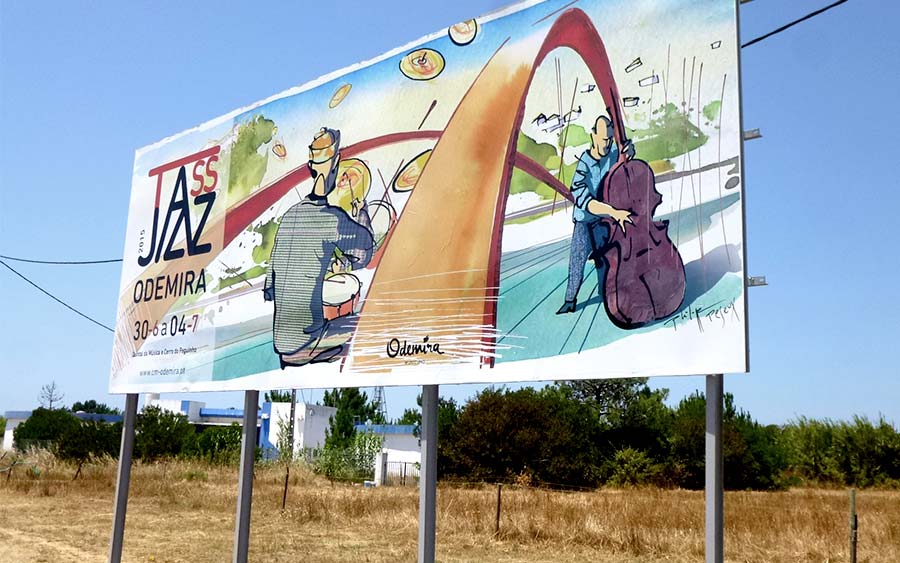